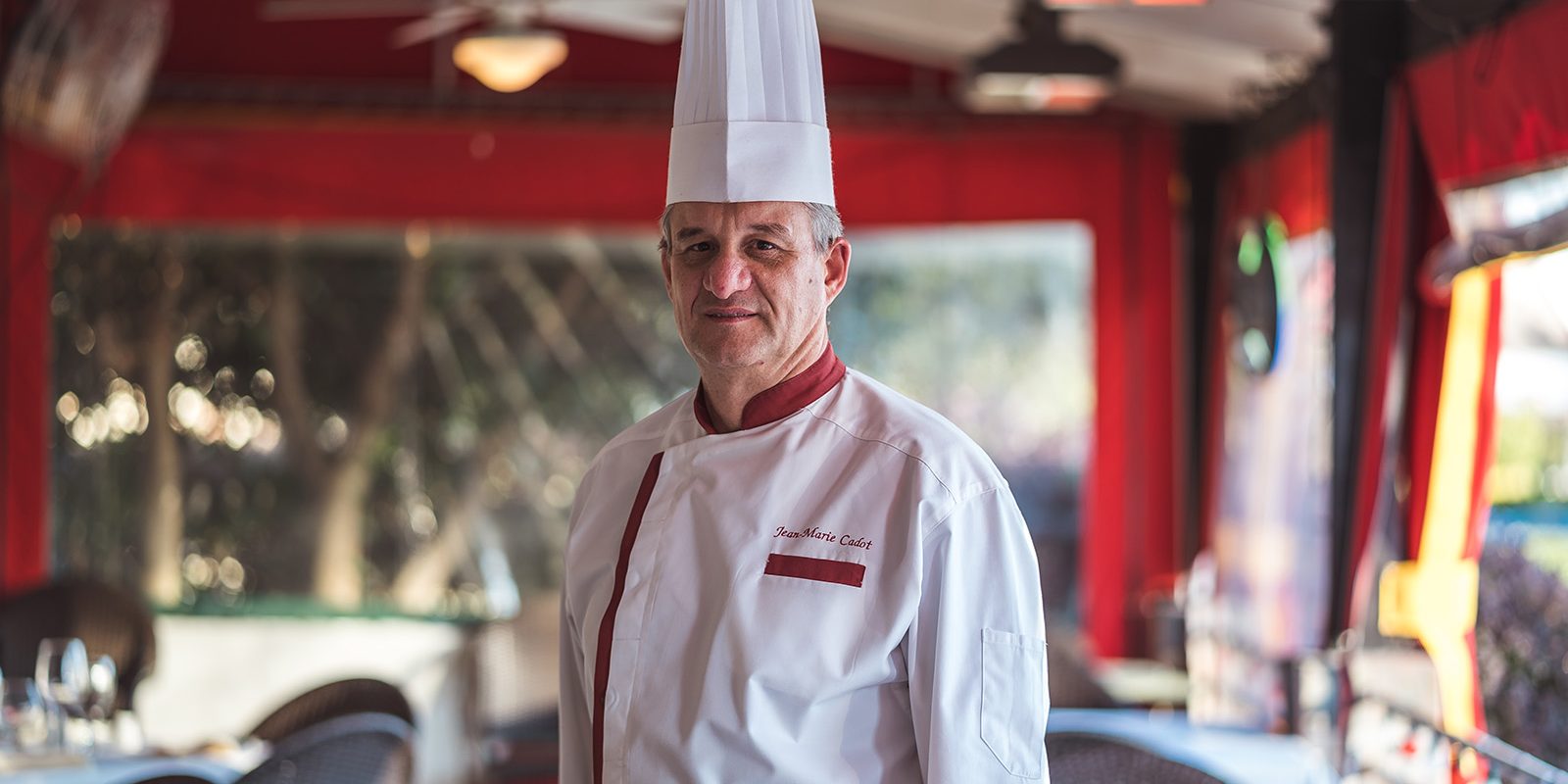 Cooking has been a part of Jean-Marie Cadot’s life as long as he can remember. The Cadot family started their hotel, restaurant and bakery business in Paris in the 1700’s, and Jean-Marie continues to carry on today the baking traditions he learned from his father and grandfather.

After receiving his degrees from the Ferrandi Cooking School and the Grand Moulins de Paris Baking and Pastry School, he apprenticed at Lasserre Paris, a famous three star Michelin Guide restaurant. He continued working in Paris at two additional Michelin star restaurants, Laurent and Mercure Galant, before traveling to the United States.

His culinary resume includes stints at La Panetiere in Rye, N.Y. and La Caravelle, a famous French restaurant in New York City. And for eleven years, he served at the Executive Chef at Lavendou in Dallas. In 2009, he opened Cadot Restaurant and has created a North Dallas award-winning favorite, featuring a menu with a mix of classic French and innovative French cuisine.
See Chef Cadot’s recipe for Crusted Tilapia on a Bed of Risotto with Mango Chardonnay Sauce

Recent Post
Get a Free, Customized For Your Project
To request a Customized Quote, just fill out the form below to receive a free custom quote for your project.
We also accept tenders. Contact us to schedule a site visit!
Go to Top